The Welsh Automotive Forum (WAF) is a company limited by guarantee and is a subsiduary of Industry Wales. It has a Board of Directors and Robert O'Neil is the Chief Executive. 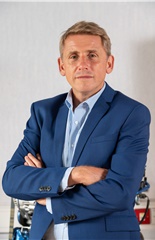 Robert has operated within the global automotive sector for more than 20 years at leading multi-national organisations. Encompassing senior positions specialising in plant logistics management, Robert worked for Robert Bosch which included a four-year international assignment in Austria. On repatriation, Robert joined Tenneco Walker based in Merthyr and Tredegar to head up their plant logistics operation. In September 2017, Robert joined the team at the Welsh Automotive Forum providing the ideal opportunity to diversify within the sector and understand the association with extended supply chain, academia and Government. Originally from Port Talbot, Robert graduated to Masters level from the European Business Management School at Swansea University 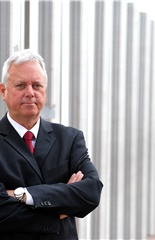 After an engineering career with Williams Holdings Plc, which consisted of foundry and precision engineering companies, Tim was appointed in 1999 as Chief Executive of the Welsh Automotive Forum, which represents the interests of the automotive (manufacturing) sector in Wales which consists of 150 companies, 20,000 people with a combined turnover of £3bn. During this time, Tim attended the MBA programme at Henley Management College, and was also appointed a non executive director of TEC South East Wales, Careers Wales and Business in Focus and was a founder member of the Wales Management Council. The last 12 years have been an exciting time in the automotive industry, and Tim was responsible for creating a special task force to look at the effects of the Rover and BMW split, leading to the creation of the programme known as Accelerate Wales, aimed specifically at supporting companies in the supply chain. Additional support, via the Forum, has also been made available to member companies from the DCELLS Workforce Development Programme, to assist with Bespoke Training Needs. Close links with the industry in Wales have enabled the WAF to become a recognised 'voice' and Tim represents the sector both locally with the Welsh Government, nationally through the SMMT and internationally through a number of channels such as ACEA and CLEPA. Working with his Board, Tim was instrumental in shaping and delivering a successful outcome for the industry during the last financial recession via the ProAct initiative. This helped safeguard over 1000 jobs in Wales. Tim represents the automotive sector on the Manufacturing Forum for Wales, and also sits on the UK Automotive Sector Skills Council, SEMTA and the Regional Council of the EEF. In addition Tim is Chairman of Trustees of the Engineering Education Scheme Wales and also chairs the South Wales Chamber All Wales International Panel. In addition he is a Fellow of the RSA.